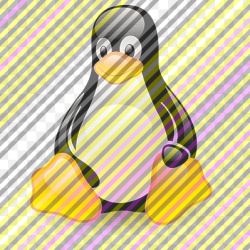 Breadboards are the base of a project when prototyping. They allow you to easily place power rails on the left and right long side, as well as easily place through-hole components between rails.

Resistors are a fundamental electronic component which are used to limit the current passing through a circuit by providing a workload. They are the first component in the famous RLC circuit (resistor is the R). Resistors are measured with a value unit of Omh Ω. Reading the value markings on the resistor itself can be confusing and difficult, so always use a multimeter to verify the resistance value in Omhs before soldering. Some resistors have thick leads and some have thinner leads. Only the thicker leg resistors fit properly in the breadboard, however the thinner leads are easier to solder as they assorb heat quicker.

Capacitors are the final component in the RLC circuit (capacitor is the C). Capcacitors are measured with a value unit of Ferad. They store energy in the form of electrostatic energy and they oppose changes in voltage. You can think of the capacitor as the opposite sibling to the inductor, as they ar every similar, yet operate in different ways. There are many types of capacitors including ceramic, film, electrolytic and more. For audio applications, polystyrene or polypropylene types are often used along with film capacitors.

Trim pots are used for making minute adjustments to their resistance with a miniture screwdriver.

Diodes limit current in one direction. They are critical in certain applications such as power supplies.

Often times you can get a good deal on variety packs. Keep an eye out for discounted packs.

Digital logic chips are the brains of the electrical system you will be building. This pack below contains a variety of digital logic chips in the 74HCxx family of integrated circuits plus the famous 555 timer.

The famous 555 timer is a clock source which comes in very handy in many circuits.

The operational amplifier also known as an op-amp is the bedrock of active circuits. Op-amps are capable of many different configurations and got their name from the way they were composed into larger circuits with "operations" such as add, subtract, multiple and divide voltages.

Another foundation of any circuit is the transistor. It acts as an electronic switch.

The famous MIDI socket, which stands for Musical Instrument Digital Interface, is used to communicate between musical devices and instruments such as digital and analog synthesizers. Adding one to your project can enable it to communicate over MIDI by following the MIDI standard.

Howto: Prevent Ansible from Running if --limit Argument Not Set

Stay up to date! Get all the latest & greatest posts delivered straight to your inbox